You've found the home of my fabulous hand-sewn retro Barbie fashions and delectable recipes from my cookbooks, Chocolate Crimes and Five Step to Chocolate Rehab.

There seems to be some confusion on the correct pronunciation of these Canadian treats…Nah Neye Mo or Nah Nigh Mo or anything else between.  I will save that argument for others.  My daughter suggested calling them Na-nu, Na-nu bars in homage to the old Mork and Mindy Show. It really doesn't matter what you call them, just try these caloric bombs.

Bottom layer
½ cup (one stick) butter
¼ cup granulated sugar
5 tablespoons cocoa powder
Put the first three ingredients in a saucepan that holds 7 cups.  Heat until this mixture is completely melted and combined.  Slowly add a tablespoon of the hot mixture to:
1 egg, beaten
Gradually raise the temperature of the egg by adding the hot liquid, until you can combine it with the sugar mixture…do this off heat.  Stir until well combined and returned to heat, stirring constantly.  Cook on medium heat until thickened or 3-5 minutes.  Worst case scenario, you may find a few scrambled egg bits in the  mix.  Just strain them out and keep going.  Remove from heat and add:
1 ¼ cups graham cracker crumbs
½ cup coconut
½ cup pecans, finely chopped
3.0 ounces Mounds bars, chopped
Press into an 8x8-inch ungreased pan and cool. 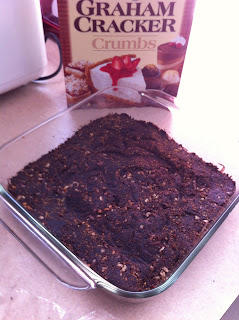 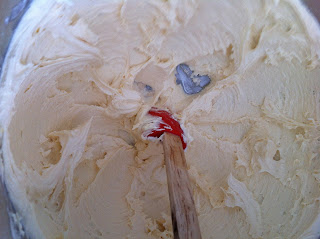 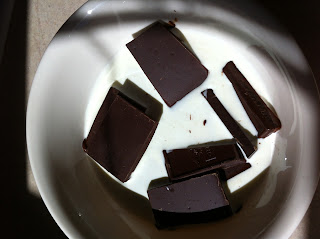 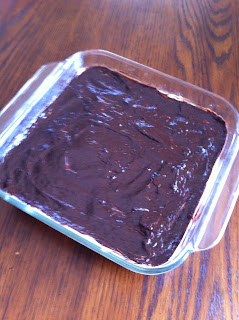 Holiday Peppermint Version
I have just substituted a few ingredients to produce a holiday version of this treat.  I hope I’m not breaking any Canadian laws by tampering with the recipe.
Follow the basic steps outlined above, but use the following ingredients:
Bottom layer
½ cup (one stick) butter
¼ cup granulated sugar
Heat until dissolved and combined.
1 egg, beaten
(Follow the directions for bringing egg up to temperature before combining with butter/sugar.) Cook until thickened.  Remove from heat and add:
1¼ cups peppermint Oreos, crushed into fine crumbs
½ cup peppermint pieces
½ cup mini chocolate chips
Press into ungreased 8x8-inch pan and cool.
Second layer
Use the same recipe, but add 4 drops of red food coloring.
Third layer
Make the chocolate ganache as directed.  Sprinkle sparingly with crushed peppermint candy.

Don't the ladies of the Barbie Nation look lovely?  While they spent New Year's Eve on the town, I was in the kitchen making chocolate messes. 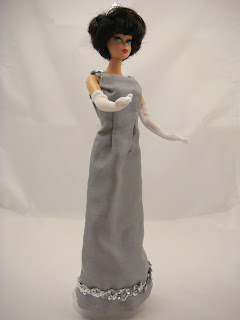 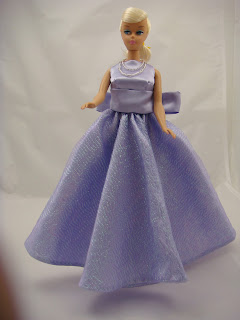 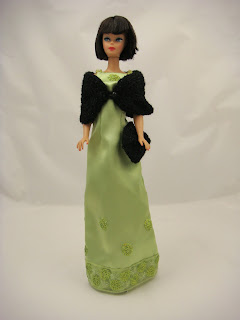 Stir Up a Treat! 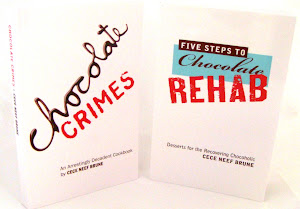 Chocolate Crimes contains over 200 criminally delicious chocolate recipes from a life-long Southern baker. Chocolate Rehab offers mover than 150 lucious desserts for those trying to overcome their chocolate addiction. With an easy-to-follow recipe format and baking tips, they're perfect for any dessert lover! Add a book to your shopping cart and then hit "continue shopping" to select another book or add additional books. You can securely use your charge card through Paypal. Cookbooks are available in Midland at Graham's Pharmacy, Ivy Cottage and Susie's South Forty.

Buy A Cookbook With Paypal

How to Enter Fashion Plate Contests

Contests will be found in the Post Section of this blog. To enter, just add a comment on the post that mentions the particular contest. I will NEVER send you unsolicited e-mail or give your information to a third -party. I HATE SPAM!

Prizes limited to residents of 50 US States.

One entry per email.

One winner per contest unless otherwise stated.

You can win more than once, but not twice in a row.

Winner will either be chosen by random draw or my favorite comment, depending upon the contest.

I don't want to discourage my family from commenting, but it probably wouldn't look too good if one of them won.

I will announce the winner on the blog, so it is all on the up-and-up.

Illegal disclaimer: This is a non-professional contest, run by me. Unless noted, I am supplying all the prizes. I will make every effort to get your prize to you by priority mail, but I can't be responsible after that. Contests will require a minimum number of enteries and can be closed at any time I willfully decide.